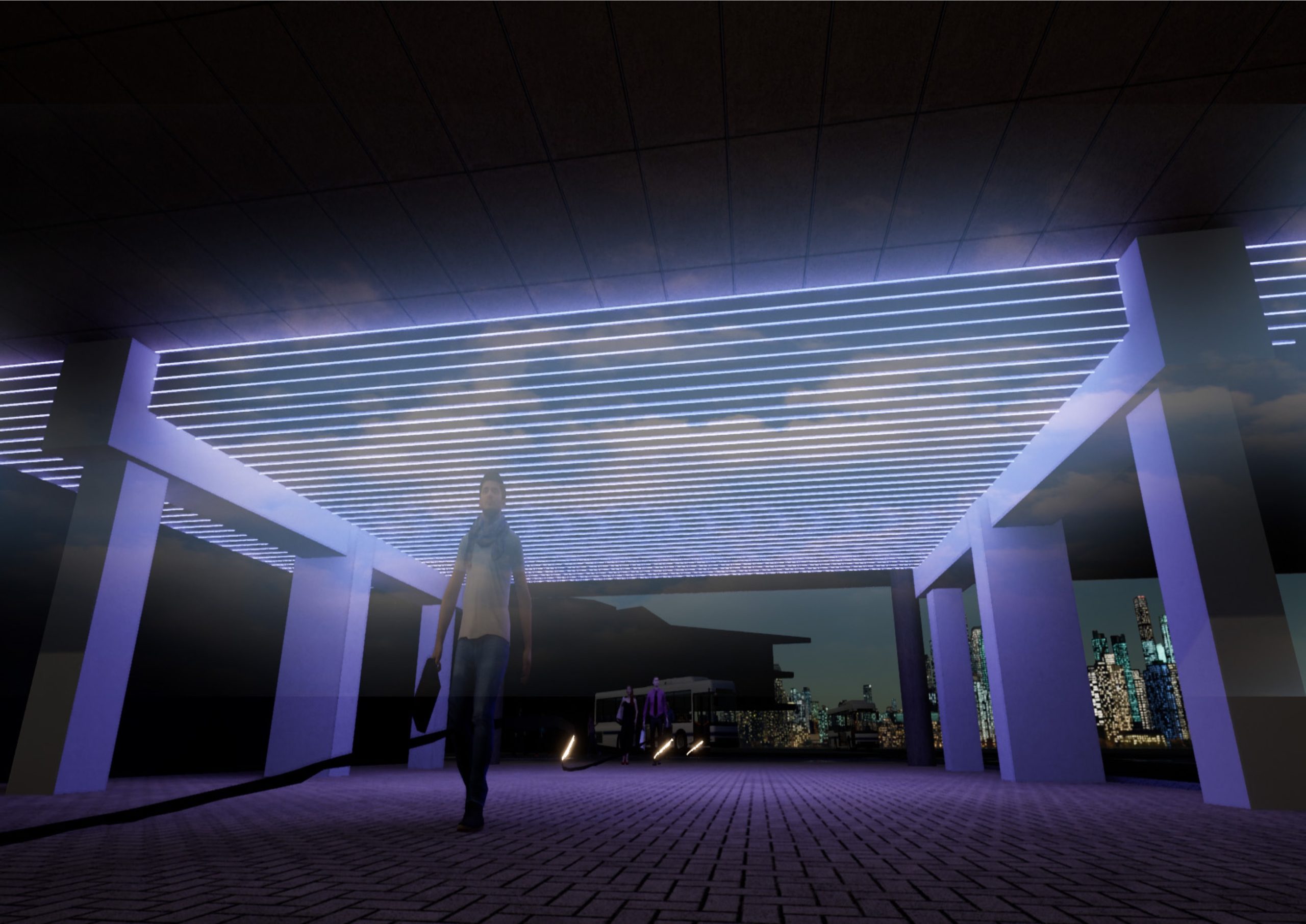 Lichtlucht is an immersive light installation for the railway underpass of Almere Buiten Centrum station by Arttenders in collaboration with VeniVidiMultiplex. The panoramic roof was commissioned by the Municipality of Almere and is part of an extensive development plan for Almere Buiten. The light installation will create a unique experience for the station area and at the same time contribute to the feeling of safety. Soon a cloudy sky will float above your head when you cross through Almere Buiten Station’s underpass! 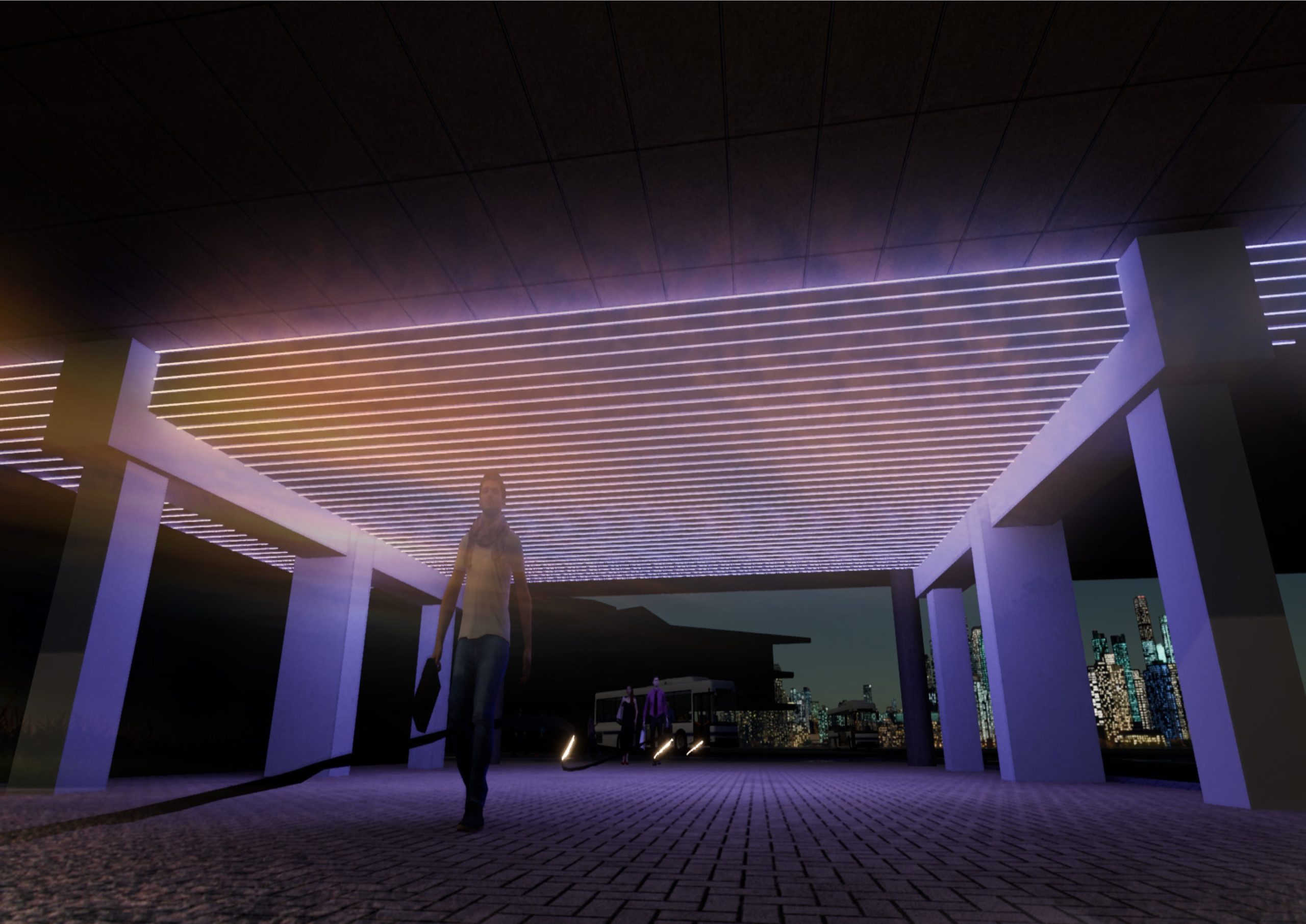 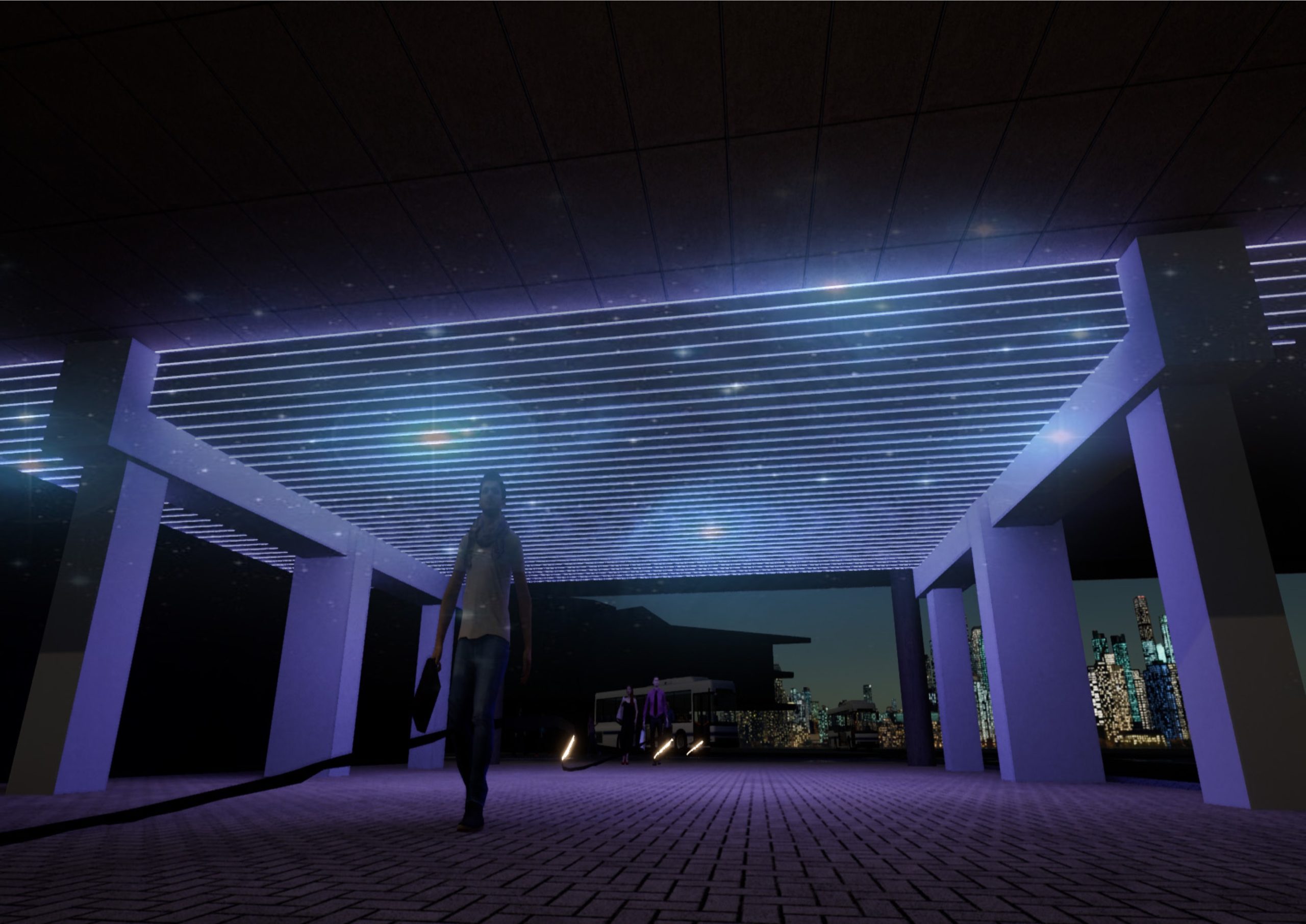 Arttenders was asked by the Municipality of Almere to unite the districts on either side of the train station, to increase the feeling of safety in the underpass and to simultaneously create a unique eye-catcher for Almere Buiten Station. These wishes are part of a larger development plan for the station area. First, we conducted a research on the neighbourhood, the station’s users and the interests of the various stakeholders in the nearby area. This research formed the starting point of our design process.

“Social designers design with society in mind. The design should bring users with conflicting wishes [such as companies, cities and residents] together as well as solve a societal issue. During this process we translate an issue directly into a concrete solution; a super impressive looking solution at that. This is how we make a long-lasting and permanent impact.” says Faye Ellen, co-founder of Arttenders.

FOR AND WITH THE LOCALS

A large number of key figures were involved in the development process to ensure that the new station design meets the wishes and requirements of all residents and stakeholders. Among others, a select group of local ‘Buitenaren’, NS, Prorail, Municipality of Almere, and the association of entrepreneurs were consulted during various stages.

In addition, local design talent from Almere was called upon. Through a Call for Interest, they could show their interest in collaborating with Arttenders to develop a creative concept for the station underpasses. “The collaboration with an artist is the icing on the cake of our social design approach. Arttenders first shapes the strategic and functional frameworks, after which we develop an artistic concept together with the artist that is in compliance with the functional issue. The design, created for this place specifically, gives the work a unique identity and adds to its storytelling.” according to Faye Ellen. Two concept teams, one with Daniel Stroomer (Nasepop) and one with the collective VeniVidiMultiplex, made a proposal. The 'Lichtlucht' design by Arttenders in collaboration with VeniVidiMultiplex was voted for as the best design. 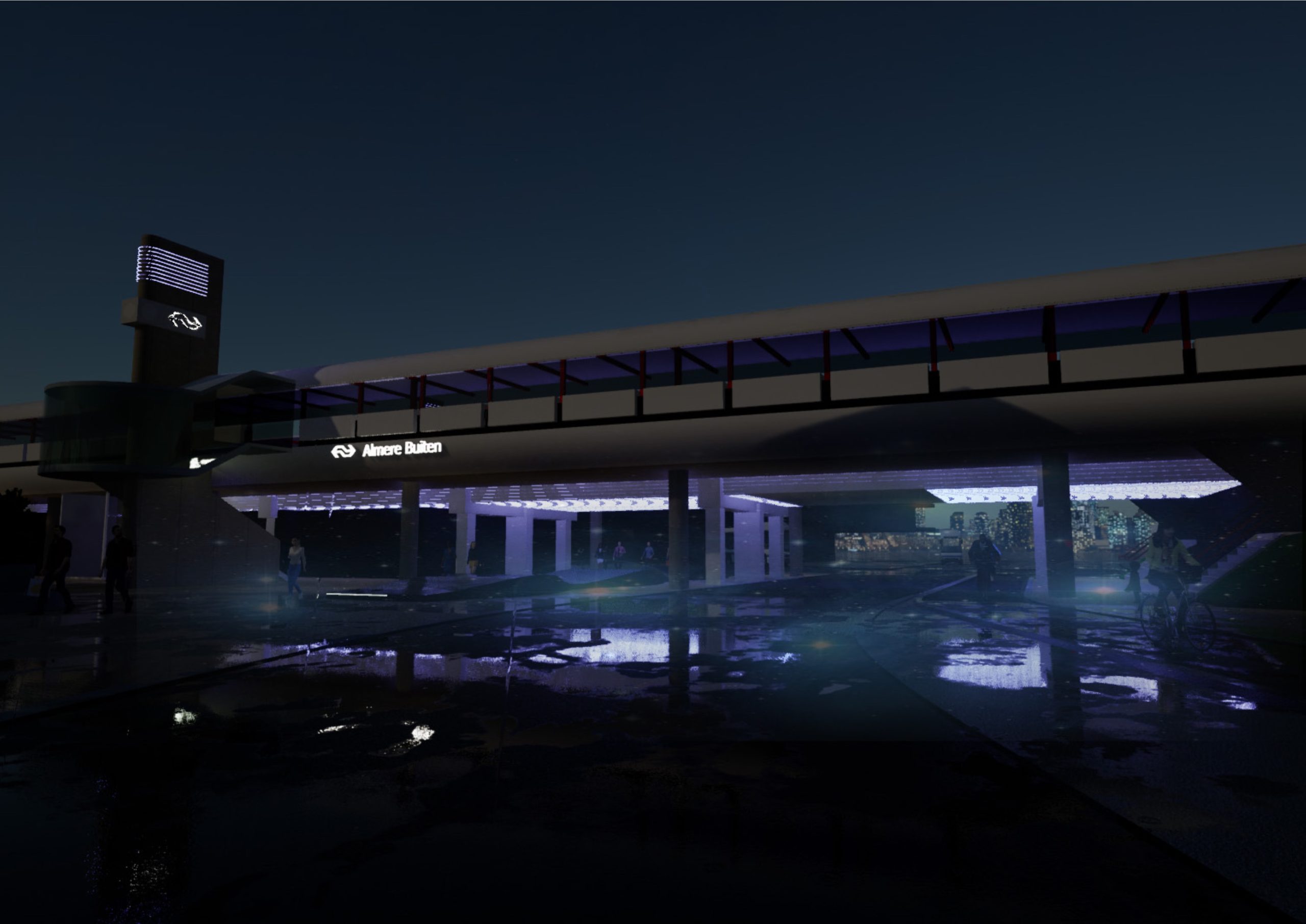 With Lichtlucht, the two railway underpasses are connected and transformed into a real eye-catcher that will bridge the division between the two districts. “The Lichtlucht light installation brings the brisk feeling of being outdoors back to the station and illuminates the entire underpass, including its darkest parts. Through dynamic programming of LED-lines, we can show a clear blue sky with white clouds, but also thunderstorms, a sunset or a starry sky. This makes every visit to the station a unique experience.” according to Joost van Bergen of Venividimultiplex.

Lichtlucht is part of a larger ambition of Almere Buiten Centrum; a comprehensive four-year urban renewal plan. Hilde van Garderen, alderman for public space, arts and culture and urban development of Almere: “I am proud that this design for the railway underpass is part of the urban renewal of Centrum Almere Buiten. Together with local partners, we are working hard on making the center attractive and future-proof again for residents, entrepreneurs and visitors. And with this unique design, the center will certainly become a lot more striking!”