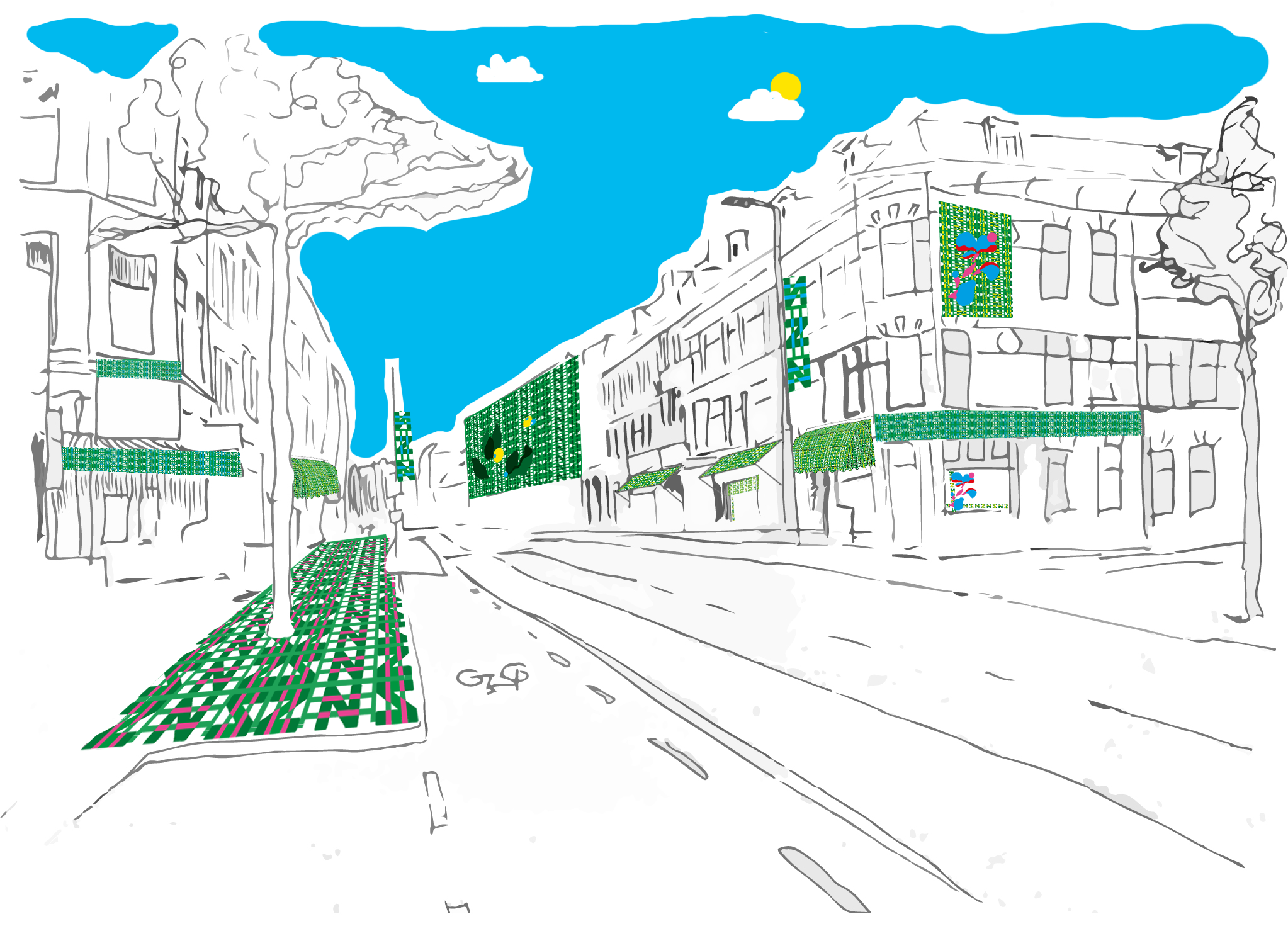 an eye-catching spatial identity for Benthuizerstraat in Rotterdam Noord

Commissiond by Vereniging Poort van Noord, the local association initiated by passionate residents and entrepreneurs, Arttenders created a visual and spatial identity for the Benthuizerstraat, Rotterdam Noord. Arttenders interpreted the entire street as an opportunity to create the visual illusion of an arch, marking the important gateway and strategic location it holds in this area of the city. We mixed local identity, functionality and the signature of local artist Xaviera Altena into an appealing spatial concept!

Aiming for a street with local meaning and wide appeal alike

The Benthuizerstraat has always been a dynamic street with lots of specialized shops and creative initiatives. The street is located in one of the well-known pre-war neighborhoods in Rotterdam and is characterized by its sense of community and mixture of cultures.

The street functions as shopping street, a community hotspot and most of all as a Poort (a gateway) to other highlights in Rotterdam Noord. However, due to a lack of unity in its street view, it needed a little help to showcase its full potential and strategic location in the area.

We really looked at the neigbourhood and its inhabitants and used this in our design.

As social designers Arttenders started by researching the location itself and its local community. Thanks to the wide variety of entrepreneurs in both products, services and heritage we decided to use the concept of brandscaping as our starting point. A brandscape is created when different parties collaborate to generate an impact that is larger than they could have accomplished on their own. Primarily, this approach has exposed local connections and stimulated local pride. As a positive spill over, it gives the neighborhood a recognizable identity for people from outside the neighborhood, creating an interesting new destination.

We considered the street itself as a canvas and looked for a variety of surfaces that could serve as a carrier for the new identity. From lampposts to crosswalks: every object was researched as a potential canvas. We also looked for connections between inhabitants and entrepreneurs as a starting point to create unity in diversity. As in all our projects engagement with local stakeholders is very important and they are therefore actively involved throughout the process via various meetings, channels and events.

We decided to build a modular system with different surface finishes, where stakeholders can select in which way they want to join. This approach gives us the opportunity to start with a few interventions, and gradually expand to take over the street!

To further enhance the sense of local identity, Arttenders selected a local artist to join our team: Xaviera Altena. Xaviera lives and works around the corner of the Benthuizerstraat. In her work Xaviera uses bold colors and black outlines to create her recognizable imagery with her typical feminine and playful touch. Xaviera and our Arttenders team collaborated closely to create a recognizable pattern that emphasizes the identity.

For this, we took a leap into the roots and history of the neighborhood that resulted in patterns inspired by different cultures and the buzzing vibe of the street we created. We combined it with patterns existing in nature, since integrating nature in the concept was an explicit wish of the stakeholders. Through a play of color, materials and texture we brought an illusion of nature back to the city center whilst conceptual ‘splashes’ and shapes represent butterflies, ladybugs and other insects in an abstraction of how they swarm through the lively street. Through the use of a small variety of repetitive patterns, Arttenders and Xaviera create unity in diversity. The pattern creates a continuous flow within a big surface. Its repetition causes a feeling of unity and peace, while respecting the diversity of its components.

The desired result? A concept that is strategically scattered and scaled over every available and thinkable surface in the street, creating a visual gateway that highlights the street and showcases the solidarity and interconnectivity of the street and its inhabitants; resulting in an actual Poort van Noord. From facades to restaurant tables and from pavements to display windows, we want to dip all in the striking and colorful pattern. With minimalist shapes we want to create maximum effect! 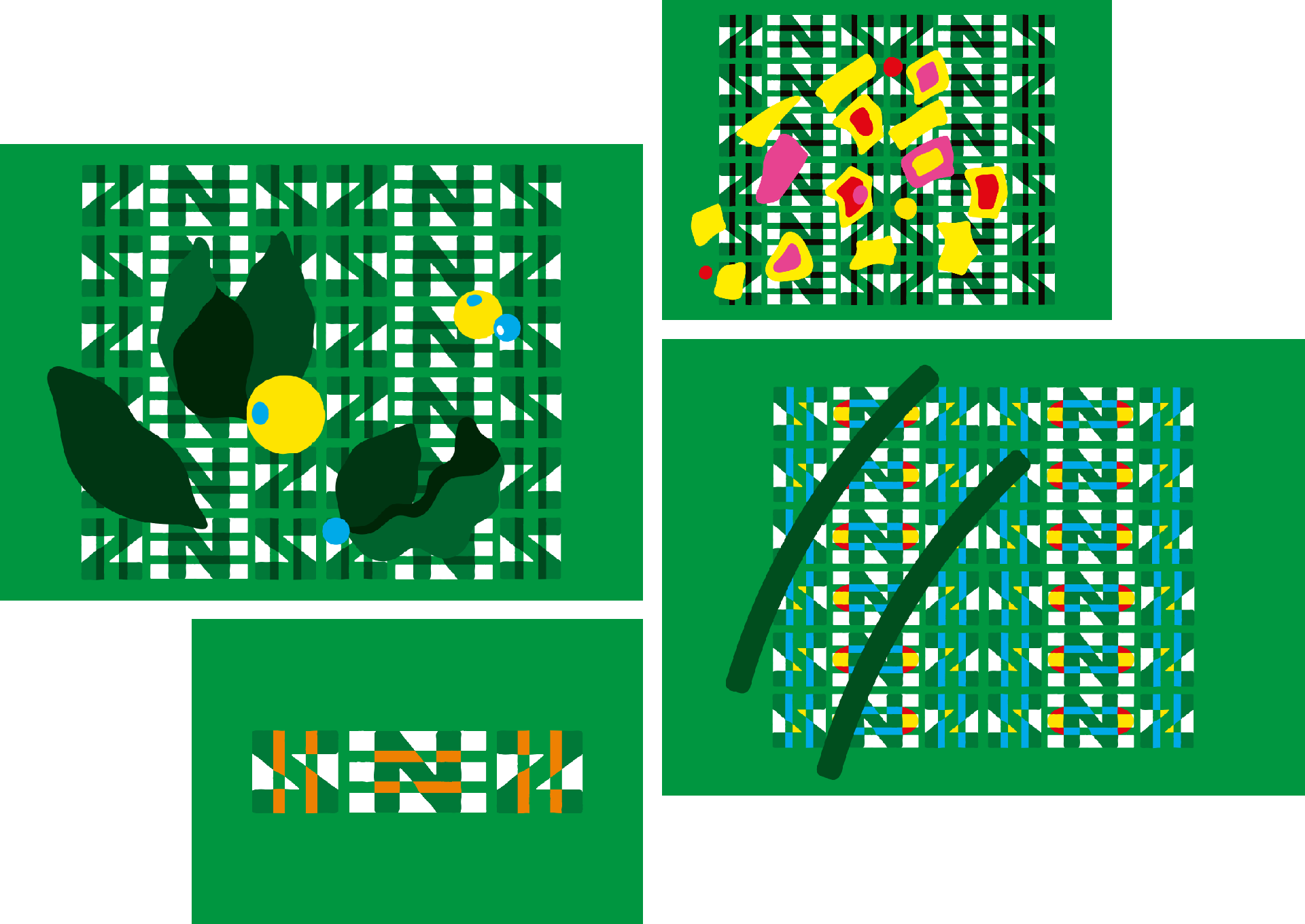 For and with the hood

The next step is to create a variety of options and provide entrepreneurs with their preferred option. 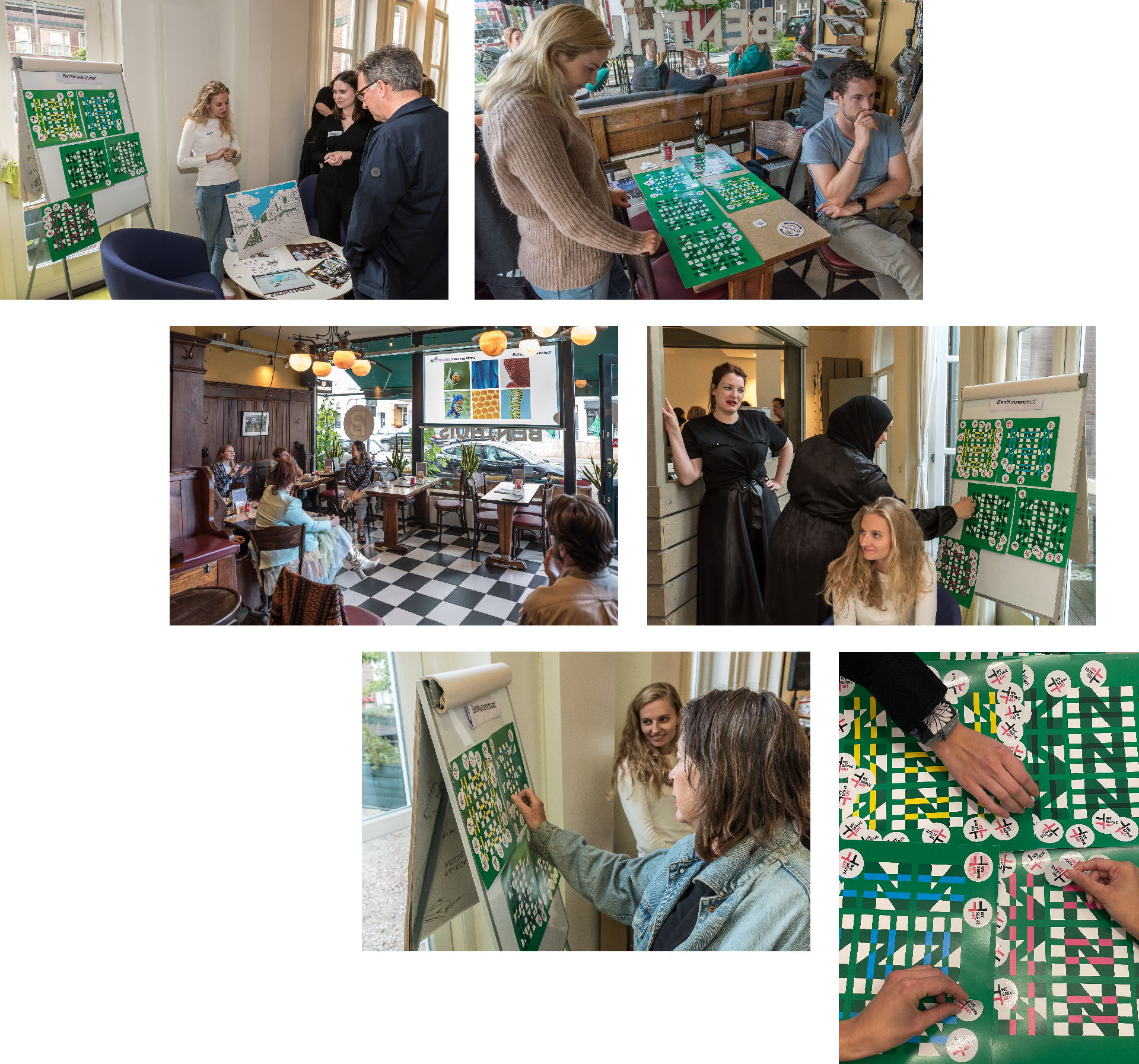 Curious how this project will unfold itself? We have got you covered. Keep an eye on the website for the next steps in Poort van Noord.