A gigantic artwork will cover the facade of Flores during Floriade Expo 2022 and long afterwards. In close collaboration with MVRDV, Arttenders and multimedia artist Alex Verhaest designed an applied artwork titled SYMPOIESIS. Printed on the forty-meter high facade of the central tower of Floriade Expo 2022, it is a brand new icon for the city of Almere.

Both the title and the way the artwork are created represent the ultimate symbiosis of nature, man and technology. A luxuriantly flowering natural scene that contains information about the plants and flowers surrounding the tower. 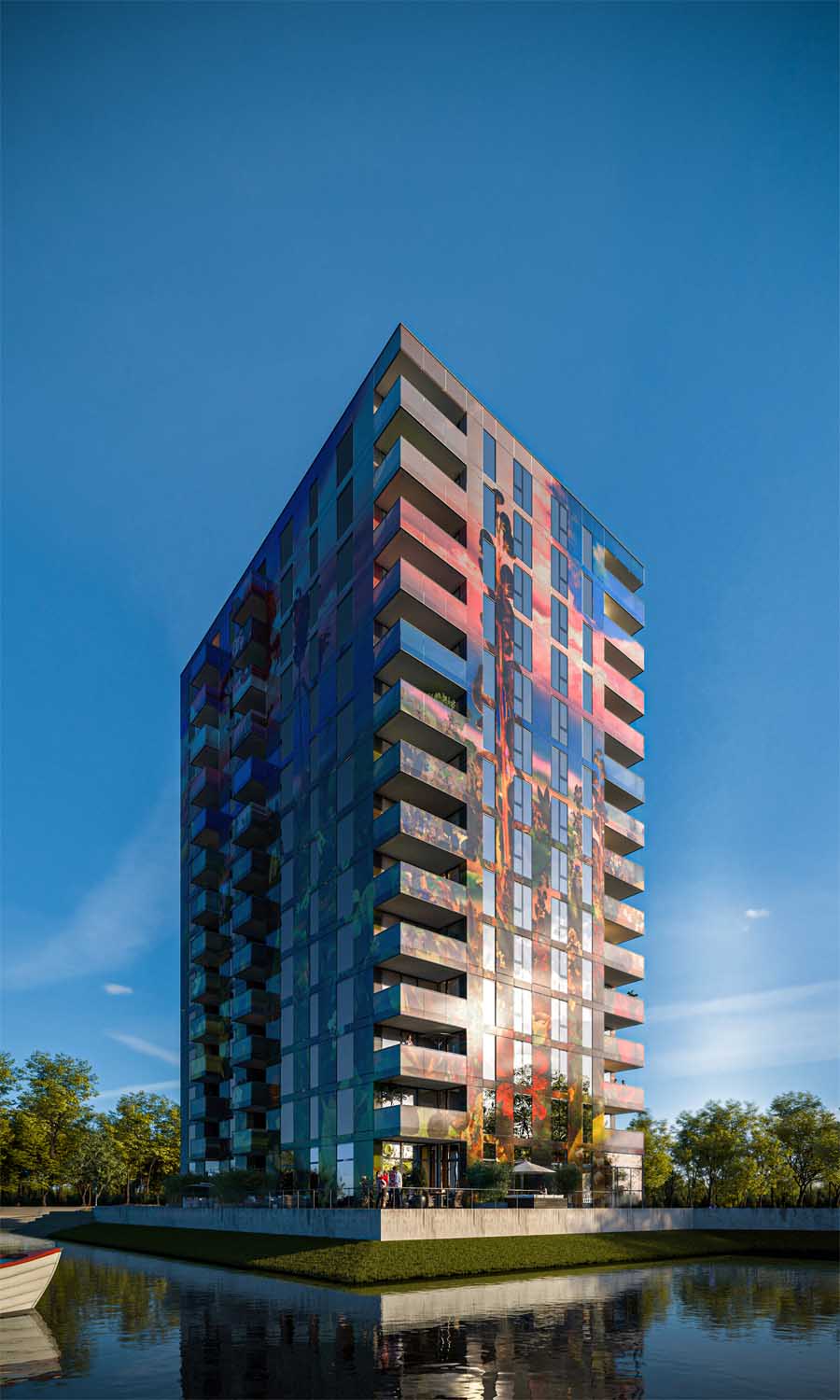 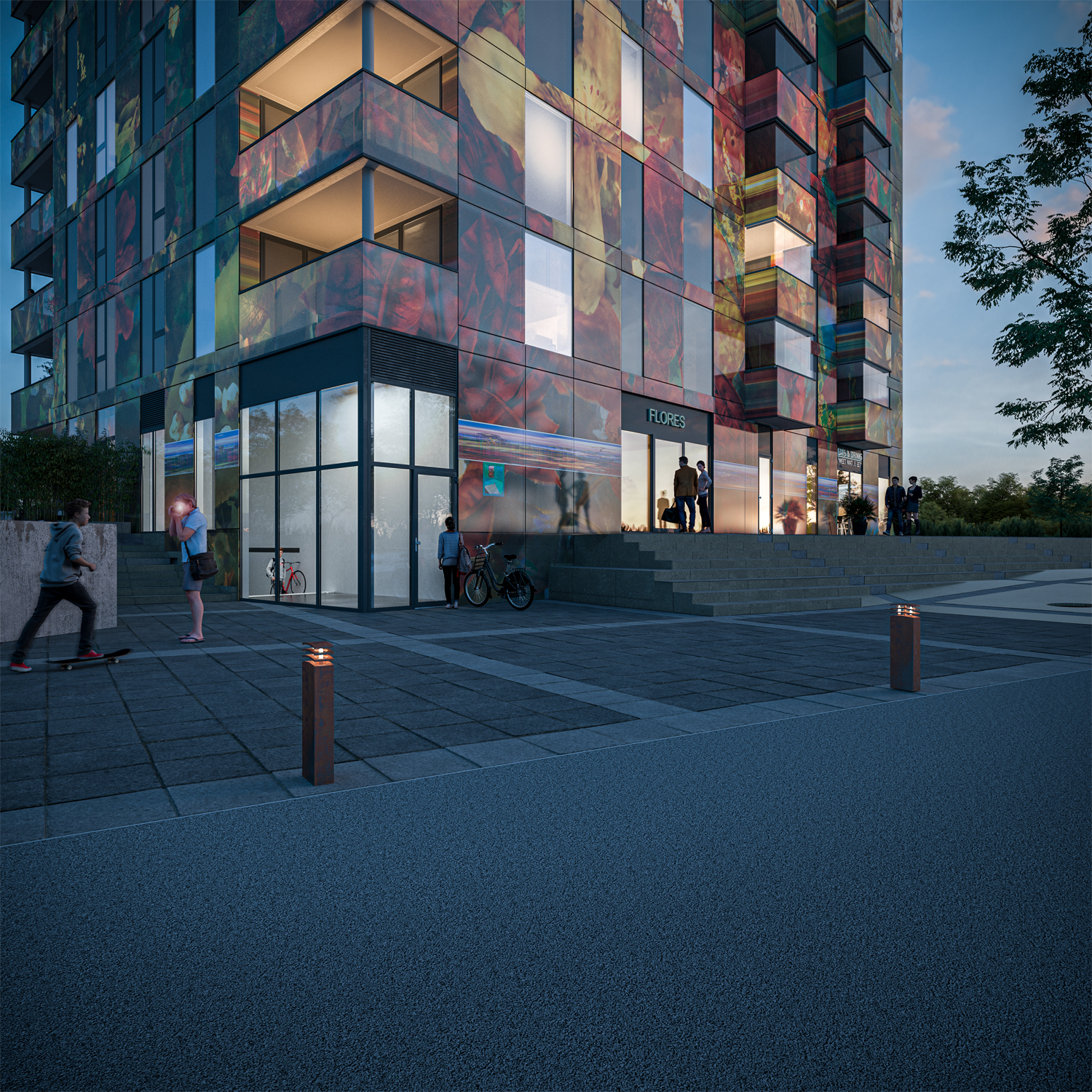 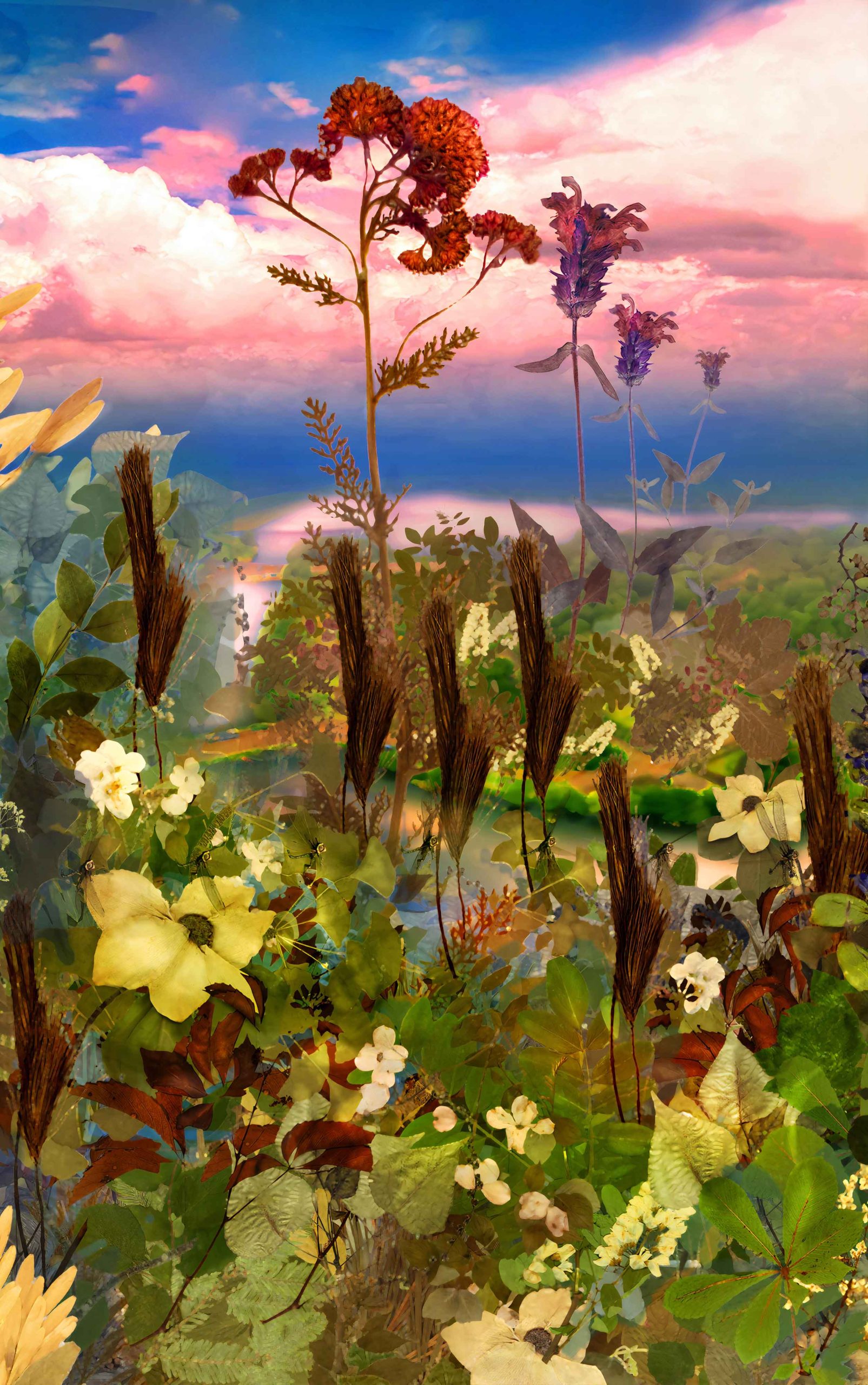 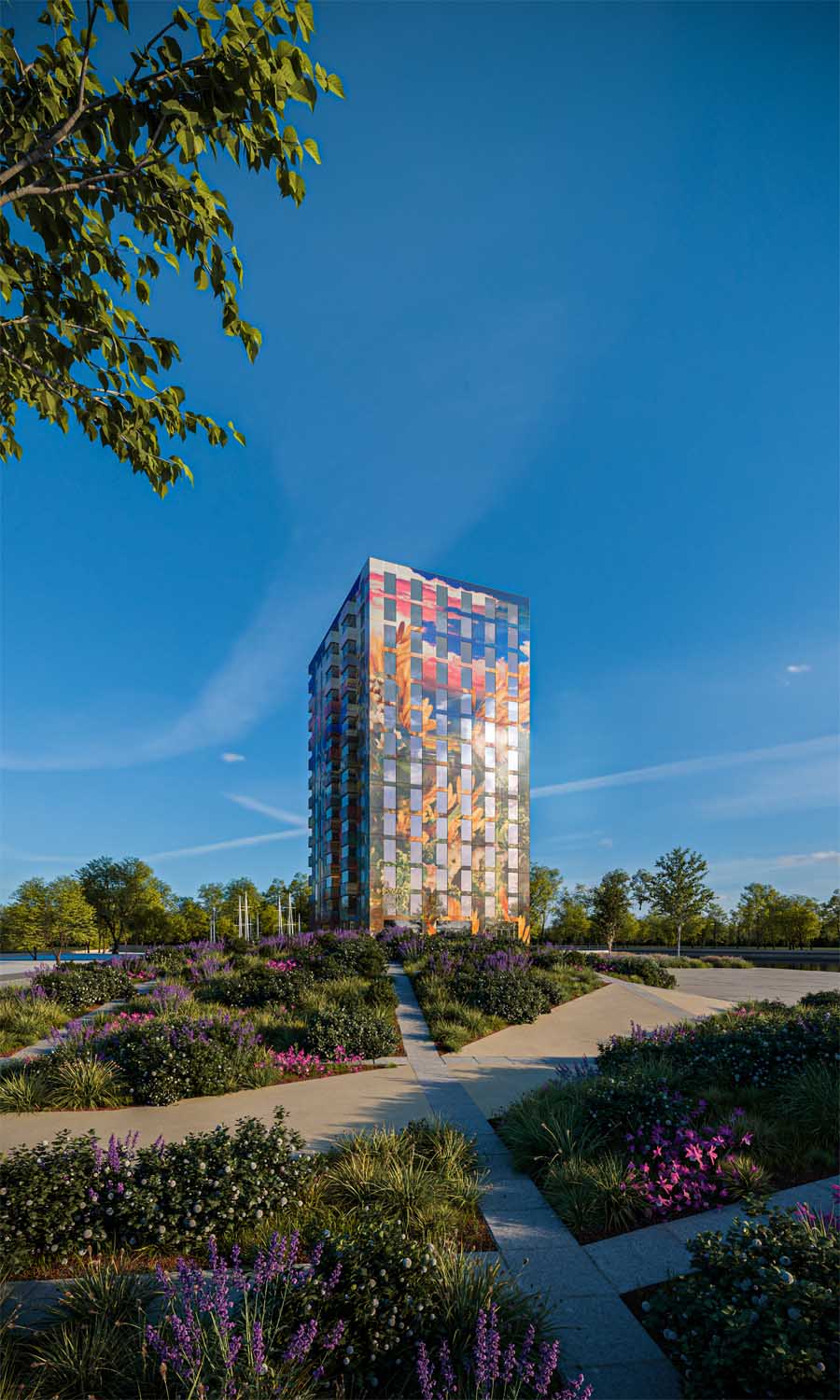 The central tower on the Floriade event site was designed by Klunder Architects while the master plan of the decennial International Horticultural Expo was developed by Winy Maas from MVRDV. Expressing this editions theme (Growing Green Cities), plants take over the tower that will be housing staff of the festival. Afterward, this plants tower will become a residential building in the brand new Almere city district called Hortus.

SYMPOIESIS is a gigantic applied work of art that will amaze visitors with its depiction of the larger than life natural richness of Dutch flora, while additionally providing in-depth information in its underlying structure.

Extra information and education are provided in the plinth of the building, on an interactive website and even via augmented reality in the future. That’s how the story really comes to life.

From grid to composition

The Floriade masterplan is a geometrically plotted grid containing thousands of plants and trees in alphabetical order: an intelligent arboretum that offers new ideas and insights into the green city of the future, referred to by Winy Maas as the ‘Green Dip’.

The masterplan was virtually translated to the facades of the tower using a technique of digital scripting. The lots are folded up on the building, as it were, and turned into a balanced composition by Alex Verhaest.

To make the concept technically feasible and executable on such a large canvas, we worked together with specialized experts like Michiel van Iperen and Studio Online.

The composition per facade assumes a perspectival effect: the larger the plant, the closer it is to the building. If you're standing on the grounds between the roses, you'll also find this flower on the visible facade of Tower 2. The painting of as many as 1800 species was inspired by scientific herbaria as maintained by natural scientific institutions to document flora.

An extensive play of lines in the legend shows which plants are depicted in the composition and where they are to be found in the arboretum. More information about the artwork can be found on the accompanying interactive website of the Floriade Expo 2022.

SYMPOIESIS invites visitors to further explore the richness of the Floriade Expo: now, in 2022 but also long after that!