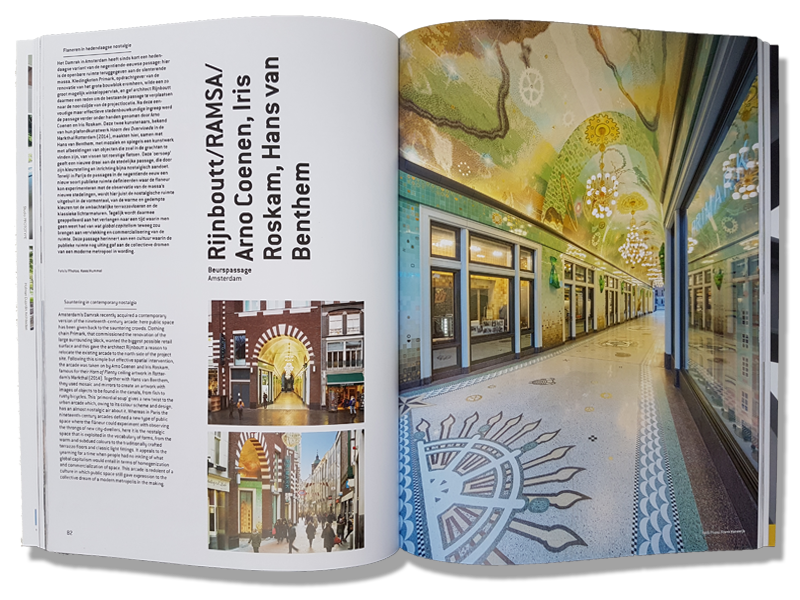 On April 26th nai010 Publishers launched the ‘Architecture in the Netherlands, Yearbook 2016/2017‘. Each year an editorial team selects noteworthy architectural projects in Dutch architecture, with particular attention to commissionership, architecture policy and projects that have achieved spectacular results with limited resources. We are proud that ‘Amsterdam Oersoep’, the artwork by artists Arno Coenen, Iris Roskam and Hans van Bentem, has been included in this year’s edition!

This Yearbook’s editorial team includes Kirsten Hannema (freelance architecture critic for de Volkskrant, ArchitectuurNL, MARK, and others), Robert-Jan de Kort (architect and co-founder of architecture office De Kort Van Schaik), Lara Schrijver (professor of architecture at the University of Antwerp and DAAD visiting lecturer at the Dessau Institute of Architecture in 2013/14). The book presentation took place in the Supreme Court of the Netherlands in The Hague, designed by Kaan Architecten, which was also the project selected to be on this year’s cover.

They wrote an inspiring passage on the passageway at the Damrak, Amsterdam, and the cohesion between the ideas of client, Rijnboutt and RAMSA, the artist and other stakeholders. As Arttenders we are proud to be the art partner of this project. 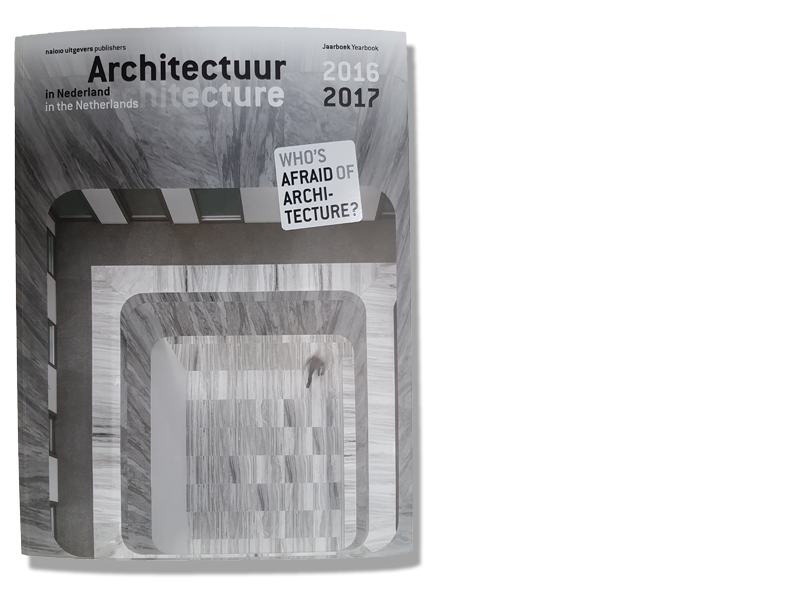 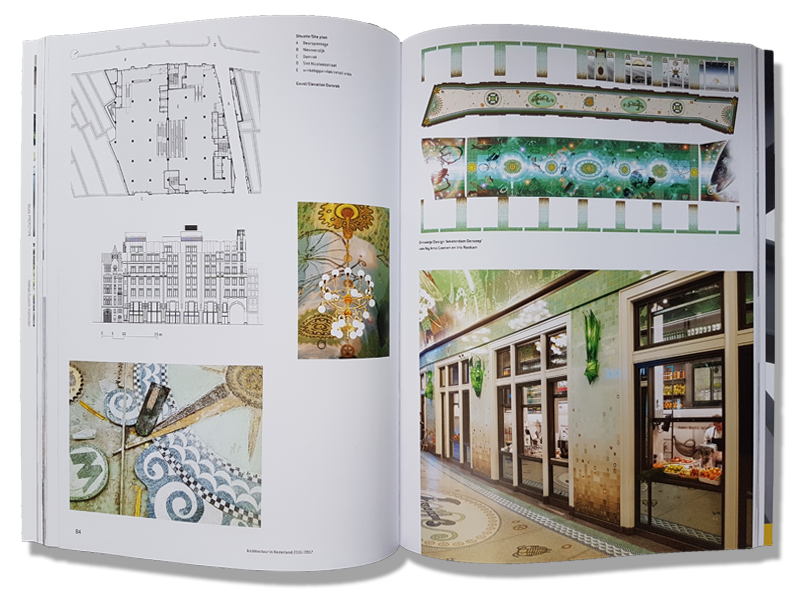 Passage from the Yearbook:

Amsterdam’s Damrak recently acquired a contemporary version of the nineteenth-century arcade: here public space has been given back to the sauntering crowds. Clothing chain Primark, that commissioned the renovation of the large surrounding block, wanted the biggest possible retail surface and this gave the architect Rijnboutt a reason to relocate the existing arcade to the north side of the project site. Following this simple but effective spatial intervention, the arcade was taken on by Arno Coenen and Iris Roskam, famous for their Horn of Plenty ceiling artwork in Rotterdam’s Markthal (2014). Together with Hans van Bentem, they used mosaic and mirrors to create an artwork with images of objects to be found in the canals, from fish to rusty bicycles. This ‘primordial soup’ gives a new twist to the urban arcade which, owing to its colour scheme and design, has an almost nostalgic air about it. Whereas in Paris the nineteenth-century arcades defined a new type of public space where the flâneur could experiment with observing the throngs of new city-dwellers, here it is the nostalgic space that is exploited in the vocabulary of forms, from the warm and subdued colours to the traditionally crafted terrazzo floors and classic light fittings. It appeals to the yearning for a time when people had no inkling of what global capitalism would entail in terms of homogenization and commercialization of space. This arcade is redolent of a culture in which public space still gave expression to the collective dream of a modern metropolis in the making.