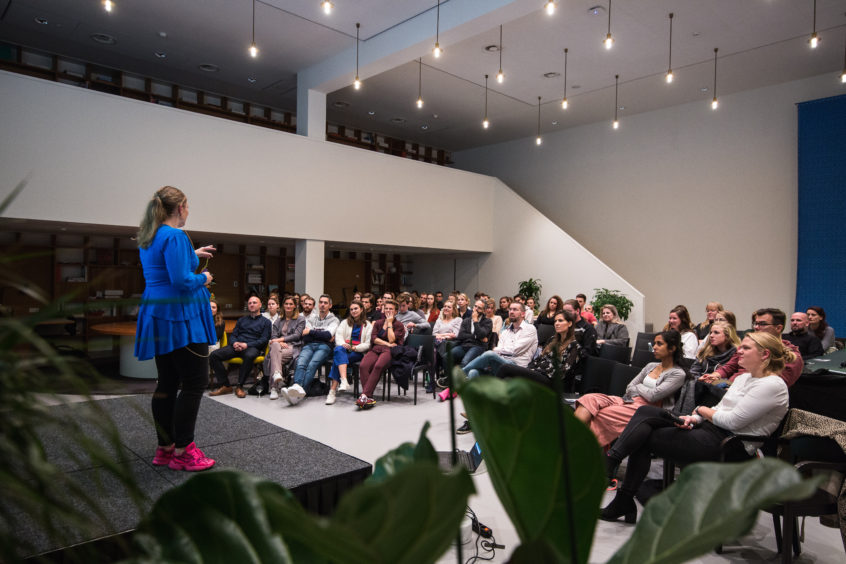 FuckUp Nights is a global event that celebrates sharing failure stories in business. Initiated in Mexico in 2012, today people worldwide come together to listen to each other’s so-called fuckups and learn their lessons.

What doesn’t kill you

Next to Arash Aazami, Maarten Baas and Eveline Bruijn, Siobhan entered the stage to unveil the story of two women in a startup business getting assigned large projects… and all of a sudden being pregnant at the exact same time. 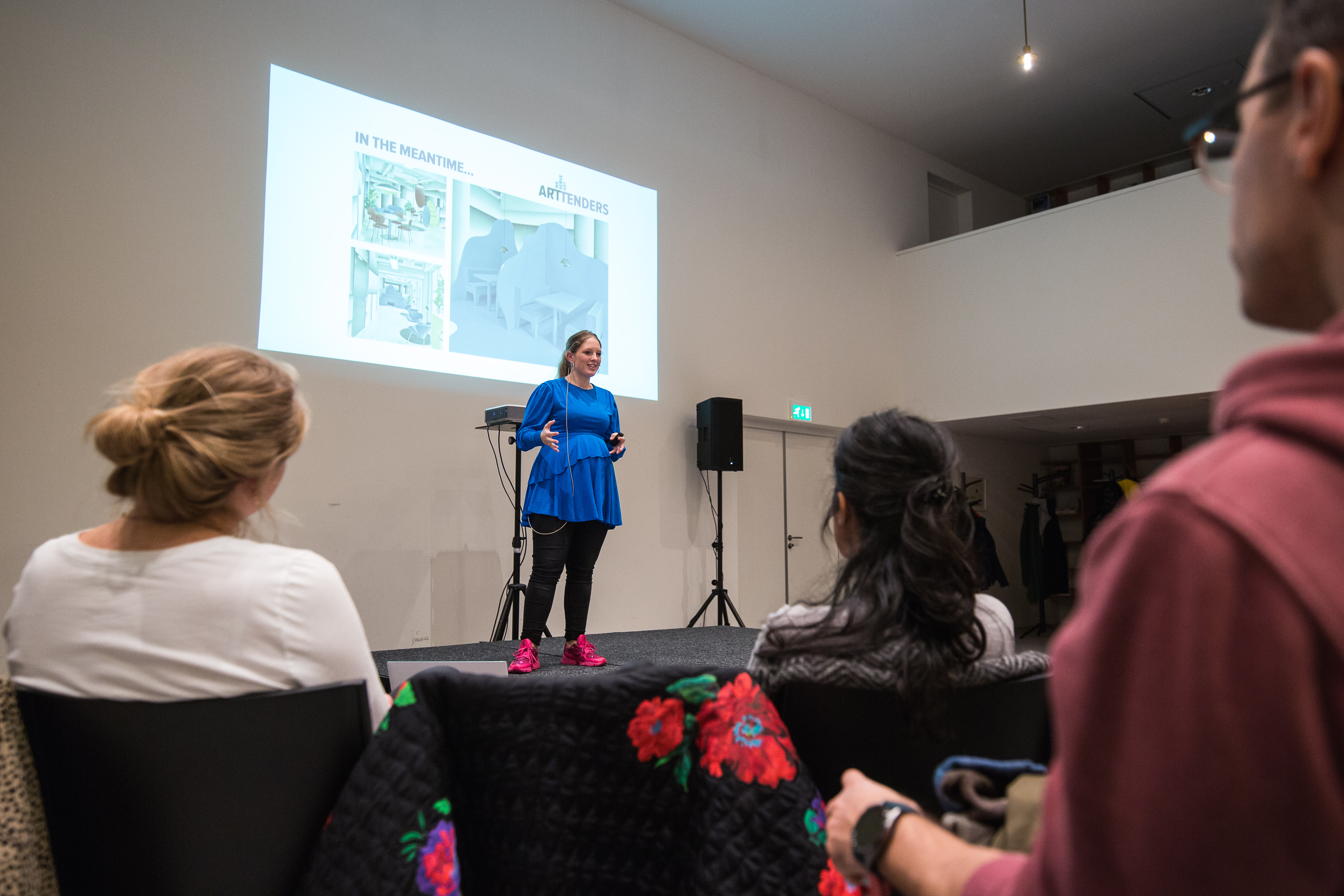 In the meantime Studio Spass was designing an entire interior for CIC Rotterdam, Sigrid Calons Triangular Grid for the Kalverpassage in Amsterdam was in the midst of production and the Glasbak campaign for Nedvang was about to get pitched. Exciting projects and no time to lose, one would say. However once pregnant, childbirth cannot be planned, let alone postponed.

Times got exciting on many levels. This fuckup forced Faye and Siobhan to hand things over to their fellow workers. In the end, it taught them some very important entrepreneurial lessons. The most important: this fuckup did not stand in the way of Arttenders growing as a company. On the contrary, Arttenders managed to keep the ball rolling and has been growing ever since!