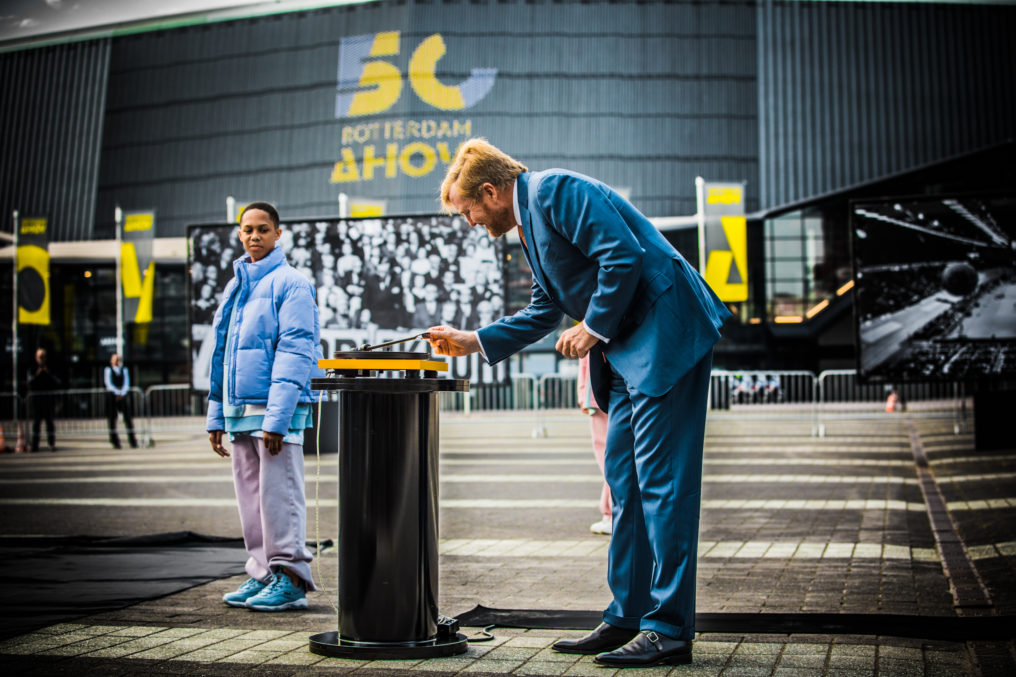 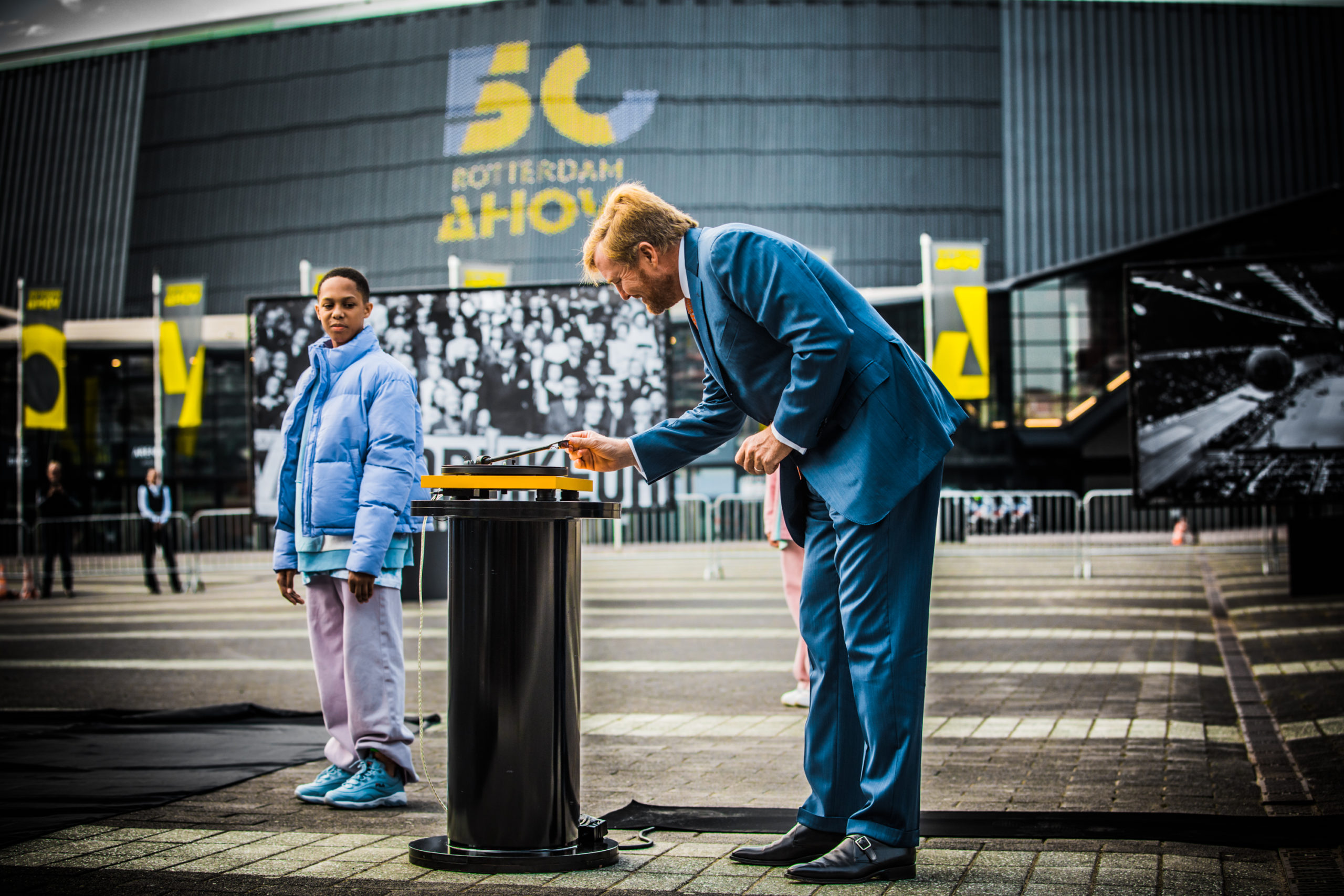 Hip hip hooray today we partied with Rotterdam Ahoy.   In honor of Rotterdam Ahoy‘s 50th anniversary, Arttenders and Jonas Vorwerk created Turntable: a musical gift to the city. The artwork was revealed by His Majesty King Willem-Alexander in a festive ceremony with music and dance. The event also served as the official opening of the Rotterdam Ahoy Convention Centre and RTM-stage. 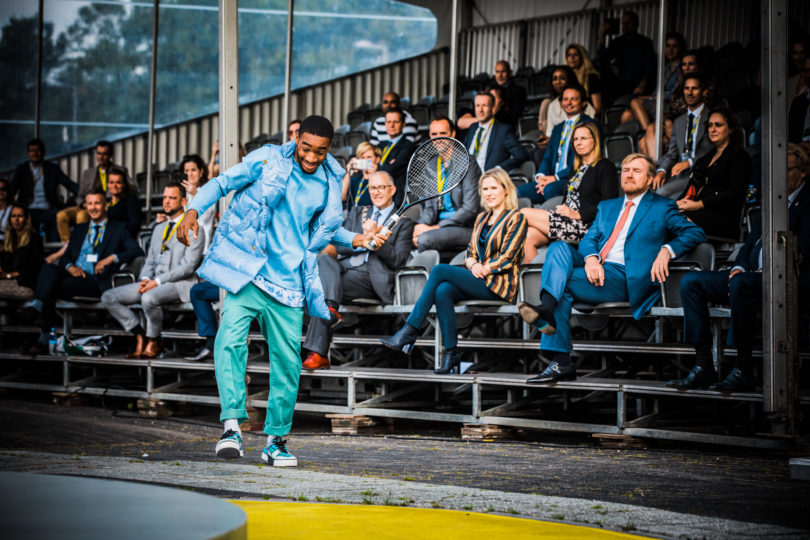 The ceremony was presented by Jan Kooijman who asked the King to come forward and initiate the unveiling of Turntable: the interactive music installation and icon of Rotterdam Ahoy. He did this by turning on a (regular-sized) turntable. Music started playing to which eight dancers and a trumpet player started their energetic choreographed routine. During this routine the dancers pulled the black canvas of Turntable, revealing it for all to see.

Mayor of Rotterdam Ahmed Aboutaleb held a powerful speech mentioning the beauty, talent, and potential of the Rotterdam Zuid area.

The installation is a brand-new beacon for Ahoy that serves as a gathering point during events and has a natural appeal that invites physical interaction. Turntable is a moving auditory installation that is driven by its audience in a playful and intuitive way.

This project was made possible by our manufacturers: Van Besouw Metaal, Polyproducts and Van Vliet Buitenprojecten. A special thanks to them!

Go and see Turntable now in front of Ahoy. If you go by night, you can have your own mini party by walking on the installation and starting a groovy light- and music show!